He’s more than a pop star. 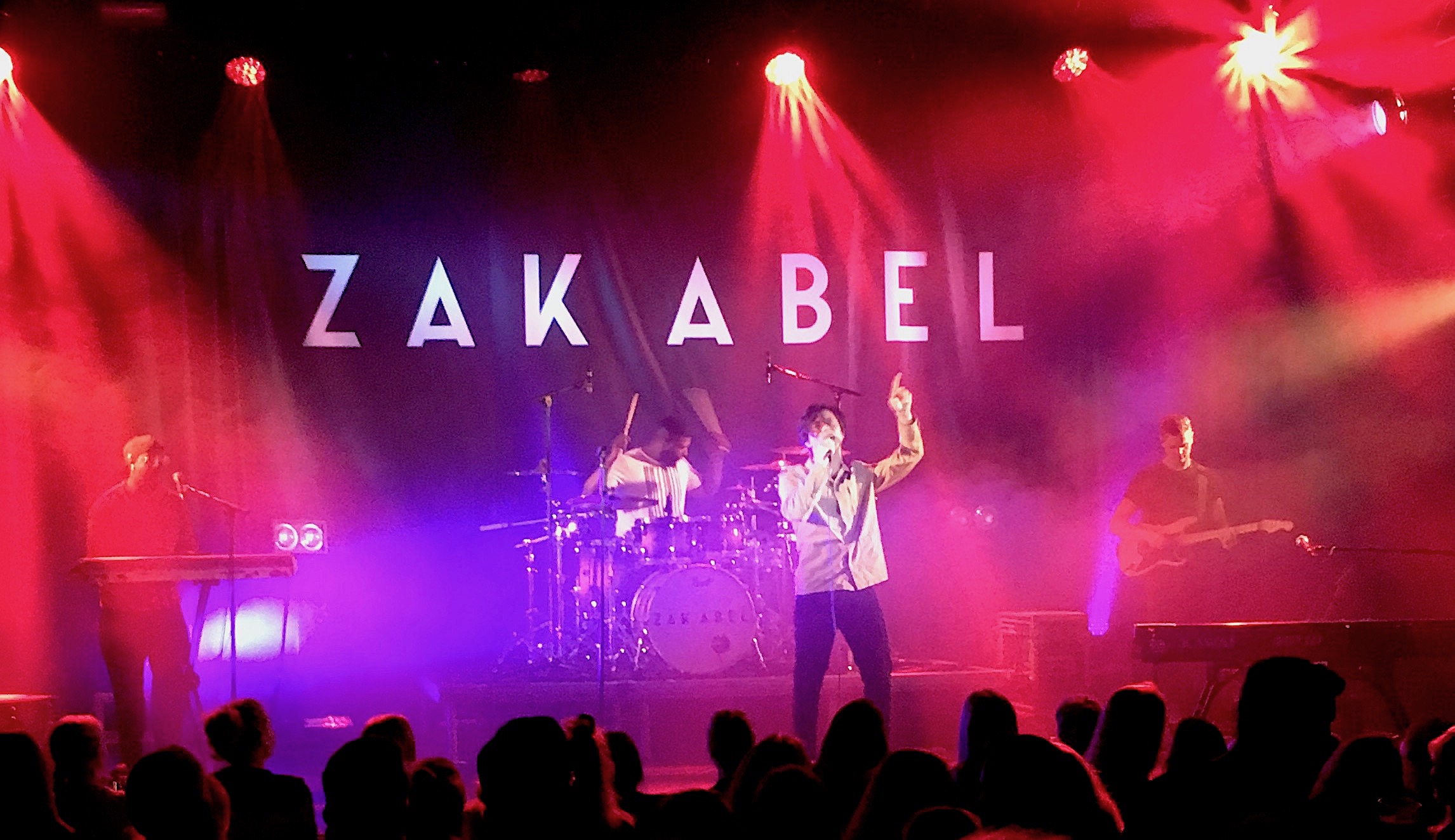 What do you get when you take a gentleman and put him inside the body of a young, English pop star? Probably someone like Zak Abel. Compared to his look in his first video, he was more matured as he entered the stage at Parktearet three days ago.

-I have never been to Norway, he said. – I am honored to be here. He gave the room an energetic start with All I Ever Do (Is Say Goodbye), complete with some groovy dance moves.

Here’s an acoustic version of the song:

I believed in him…

Zak made us sing. He said we had good voices. (He was right, of course).  Soulchild, he explained, had only been performed two times before. Even though the song lowered the level of noice in the room, his voice had a raw, yet beautiful energy. This quality suggested to me that Zak Abel is more than your average performer. He has the talent for communicating a message that seems genuine and real. Instantly, I believed in him.

Have you read this? What’s the story, Zak Abel?

Later, he said he needed a hairband. A girl named Julie who stood in front of the stage, offered him one. He pulled back his hair. Suddenly he looked five years younger. Not necessary, of course, because Zak is naturally handsome in the way only English men can be.  Speaking to the audience with his British accent, he was a breath of fresh air compared to many American artists.

…a house full of love.

With the  surprise visit by Norwegian artist Madden, the audience experienced one of the concerts fines moments. Yes, we love surprises like this, it works every time. Venue owners, please keep doing this. The unannounced performance felt like a gift.

When Zak continued with Everybody Needs Love, the crowd sang along, making Parktearet – yes, you guessed it  – a house full of love. Ahhh, the energy!

…with so much charm

Before giving us Only When Were naked, Zak asked us to imagine ourselves dancing naked in our bedrooms. -In there, he said, – you must dance like no one is watching. What a tempting scenario. He told us to dance. We did. It was impossible to resist this energetic singer who had so much youthful energy to offer.

…first and foremost an entertainer.

Standing in the audience, I couldn’t help imagine Zak a few years from now. In my thoughts, he was wearing a stylish suit and performing an equally stylish jazz tune in front of a neatly dressed audience. His future can be secured by his ability to transform himself into an older and more mature version of himself. 2017 is probably the beginning of a promising career.

Even though Zak Abel is a young singer, he is first and foremost an entertainer. If he moves on to develop this particular version of himself, I should probably buy my ticket to the stylish jazz event that Zak, perhaps, will host in the future.

Finishing the concert with Unstable, the sexy tune from his first, major video, the audience rewarded Zak with a heightened level of energy. The crowd left Parkteatret fulfilled and happy.

And Julies hairband? She didn’t get it back. When Zak drove away from Oslo, he showed us the hairband on his Instagram stories. Holding the hairband in front of his iPhone, he thanked the entire audience in Oslo.

Zak Abel has the looks of a pop star and the manners of a gentleman. Even though he took Julies hairband, he did it in a graceful way. To me, that’s Zak Abel. Like Sting used to sing; A gentleman will walk, but never run.