Pop singer Eytan: – I hope this song can touch billions of hearts. 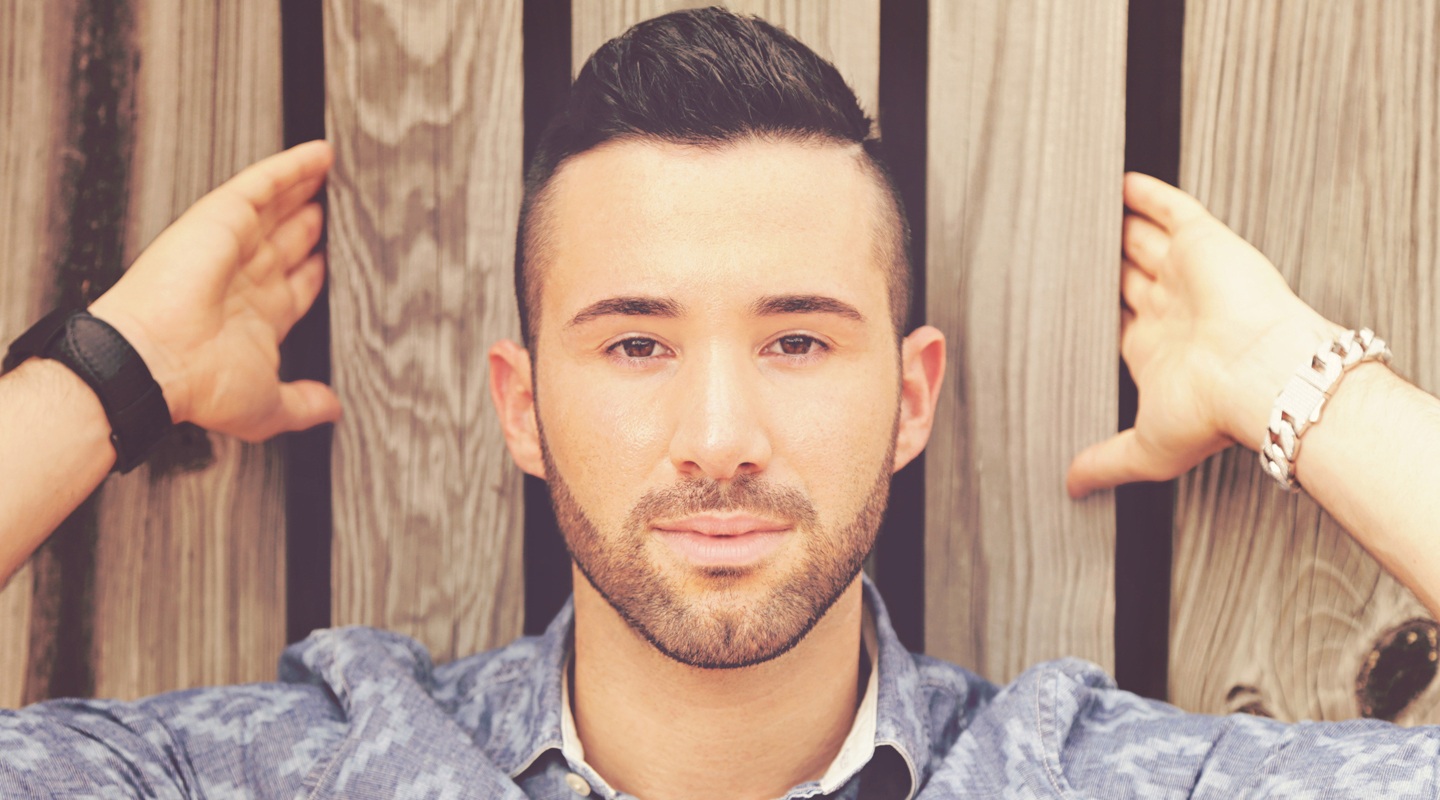 His efforts have been praised by the likes of rapper Nelly and producer to Lady Gaga; Vince Herbert. Meet Eytan, a singer, songwriter and producer based in Queens, New York.

He is best known as the singer of smash hit single After the Rain, a song relating to his own personal struggles, which gathered an audience of over 160,000 on YouTube.

Growing up in the Big Apple, Eytan was turning ears and heads with his voice at the age of 16. As a young man, he was struck by the power that music commands in inspiring lives, and changing it for the better.

This spring, by a coincidence, I discovered a music video called Am Yisrael Chai. I saw the video and asked myself: Who is this man? And why is he singing inside an abandoned building? I realized I had discovered something special. Here’s Eytan:

– The location of the video took place in two locations, he wrote in an email. -The abondoned building was located in staten island and was scouted out by Matthew Ligotti. It was a series of abondoned buildings that used to be a hospital. I was pretty hesitant at first but then the energy that was coming out of it was amazing!

I asked him about the scenery outside the building.

-It´s a cliff in New Jersey. Literally a cliff! I was terrified but the views were spectacular and I wanted to share this experience with my fans!

In my email correspondence with Eytan, he quickly addressed topics that had little to do with his music. Or maybe I got it wrong?

-In the last few years I started reconnecting again with my religion and faith. To be honest, Am Yisrael Chai just came so naturally. I’m a very spiritual person and I love and believe in God and I felt that I wanted to give back to him after he has done so much for me.

-I know that a lot of religious people in my community will shy away from my music because I don’t represent the look a religious person has, but I realized that that’s OK. My love and understanding is with God, and some of my favorite lyrics from this song are “You are my strength, you are my hope, you are the one, I’m not alone” and I know that God is guiding me and he has bigger plans for me, more than I can imagine for myself. 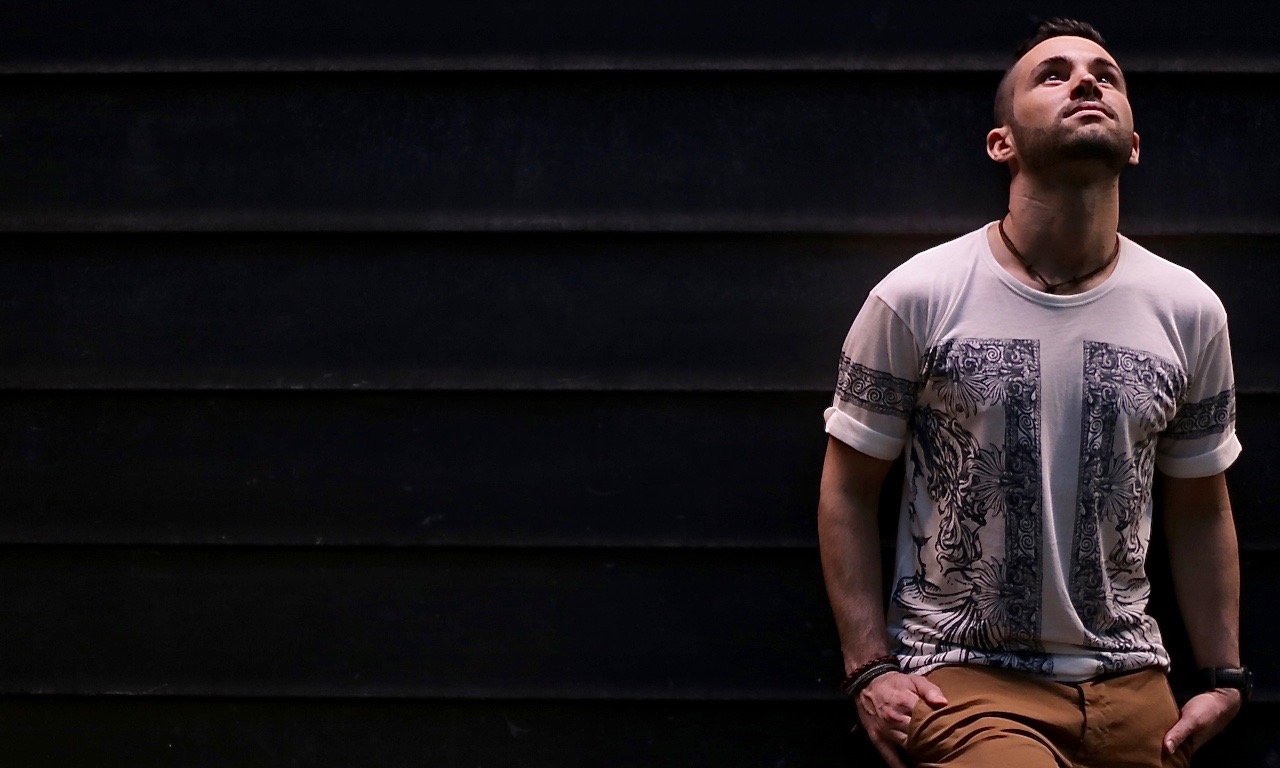 Eytan: -I´m a big fan of love and equality and helping others. I’ve been on and off with my religion. I think it’s mostly because I wanted to connect on a more spiritual and deeper level. Where it wasn’t about the amount of prayers you did a day but rather if you took the time to help somene who is struggling, or if you smiled to the old person who thought they don’t already matter in the world. These smaller things meant so much more to me personally. Not to discredit prayer. I do that as well. 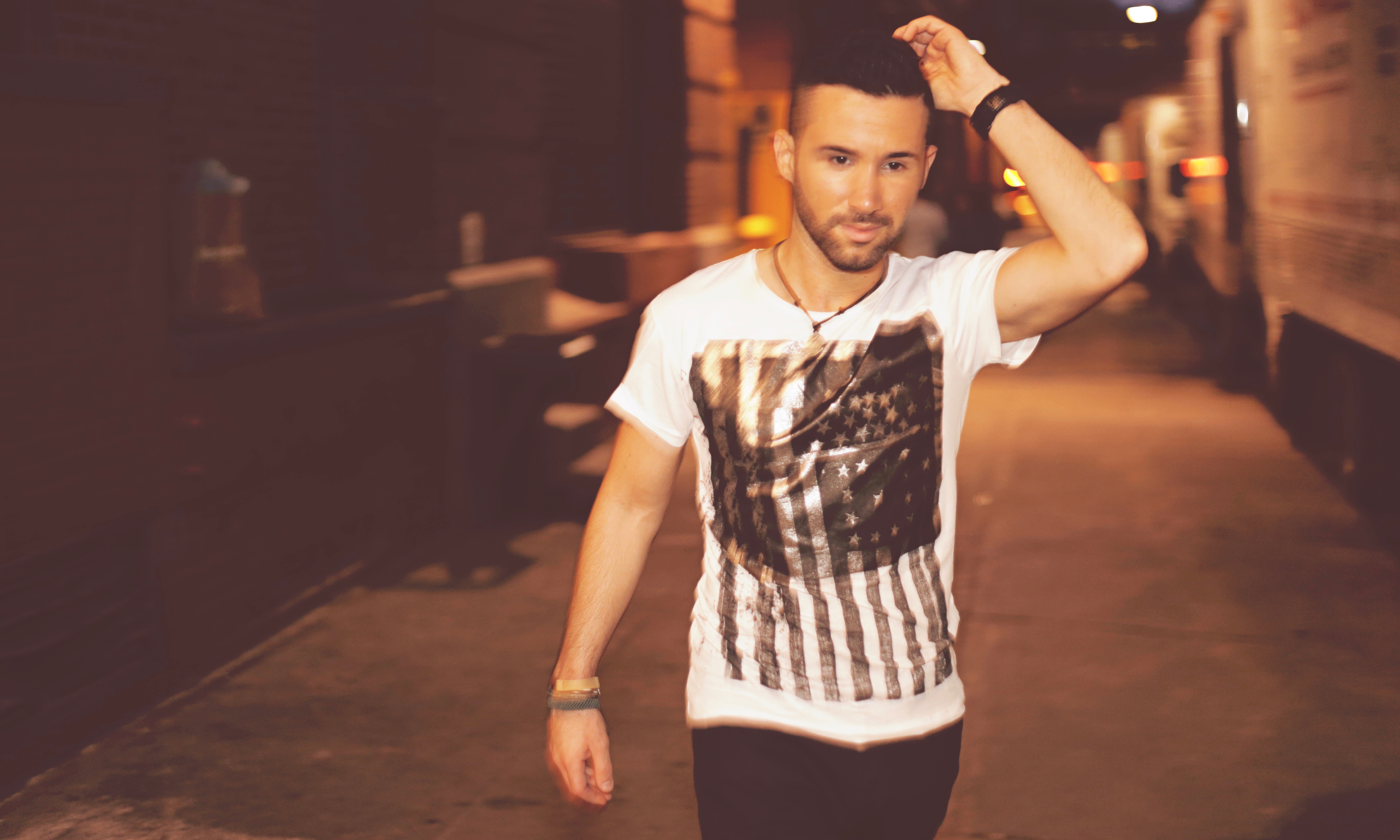 In 2015, Eytan released Falling In Love.

–Falling In Love just happened. A good friend of mine, and amazing composer Aya Minatoya and I, loves to create music. She awakened something so emotional in my soul that the words just came out.

…Sarah stood outside filming in almost nothing but a gown!

-The beautiful lady from the video is no other than model Sarah Rabby. I remember filming that day, it took place in my dads bedroom. It was a freezing day! A lot of it was spend outside and I remember how Sarah stood outside filming in almost nothing but a gown! The funniest thing about the video that most people wouldn’t have noticed, is that Sarah was a lot taller than me.

–Falling In Love is such a special song to me. Singing it at my grandfathers 80th birthday, while he and my grandmother slow danced to it, will be a memory I will cherish forever.

Here´s Wanna Be Your Lover:

In one of my emails to Eytan, I asked him this: -It seems like you have a political point of view. Do you send political messages to your listeners and fans?

…everyone is trying to make it.

-The political stance I’ve been taking is just to be an amazing person inside and out.  We live in such a diverse world where everyone is trying to make it. Connect with them. Help them out. We’re all trying to climb a ladder. Lets do it together .

This focus would later fuel Eytans determination to stray away from the mainstream, and instead, focusing his efforts on producing and making music that people can relate to in times of struggle or in need of an uplifting message.

But Eytan isn’t serious all the time.

-I’m a big fan of ballads, he wrote in one of his emails. -If you see a crazy man blasting Celine Dion in his car….well…that would probably be me!

In 2013. Eytan released After The Rain, a song relating to his own personal struggles. The song gathered an audience of over 160,000 on YouTube.

I asked Eytan another question. -How will you describe your music to people who haven’t heard it yet?

-I never thought I was able to write…

-My music thus far has been honest, truthful, fun and soulful. I never thought I was able to write, but I was determined. I love the reaction I get from new listeners. I welcome absolutely everyone.

Here’s Only Got One night.

– Getting messages from fans telling me how a certain song has changed them, is such a powerful and meaningful moment. 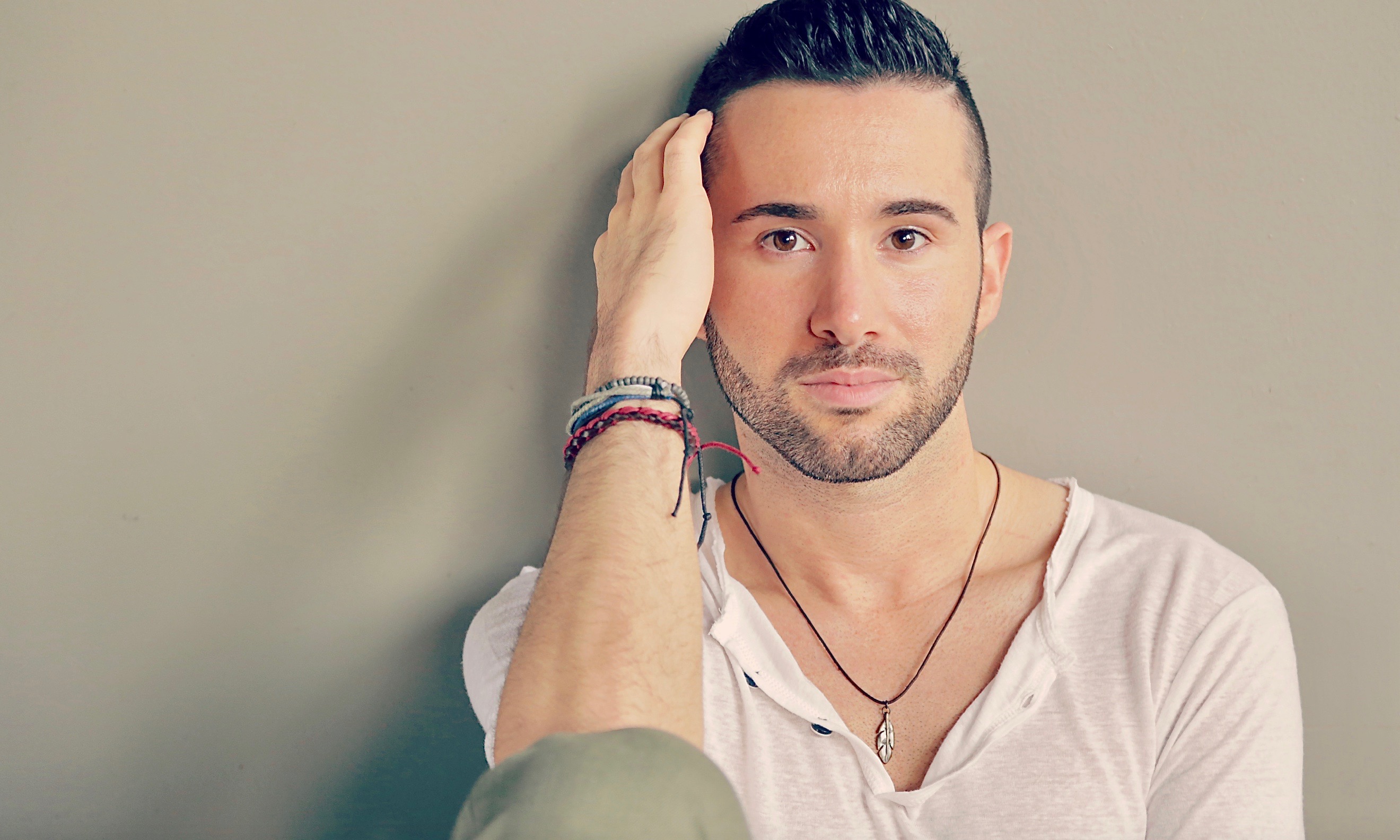 -I’m always working on new songs and projects. By the time this is out my newest song Let Love Win would have been released worldwide. The lyrics are powerful and connect to almost everything that is going on in the world today.

-Positivity and love are amazing traits that can change so much. I hope this song can touch billions of hearts, but even if it’s just one, this song has served it’s purpose. I believe 2018 will have a few more songs, and I look forward to sharing my music with the world.