Meet Eivind Knapper, member of Norwegian pop band LYX. Eivind shares his experience about being the support act for British pop group a1, and how the world-famous singers inspired him and the rest of his band.

October 4, 2019, at Vulkan Arena in Oslo: The four members of the upcoming pop band LYX  is on stage. They are killing it with funky pop songs and their energetic stage presence.

I was standing in front of the stage. I knew that these four musicians – all in their early twenties – easily could have continued with more music. The crowd around me was enthusiastic.

Even after the concert with a1, the pop group known for hits like Caught in the middle, Like a rose, and Take on Me, it was hard to forget LYX and how they transformed Vulkan Arena into a party.

These words belong to LYX member Eivind Knapper. Earlier this week, I asked him about the concert.

-Supporting a1 was like a masterclass for us, he told me. -We learned a lot about how a1 communicated with their audience. Ben, Mark, Christian, and Paul are professional artists. They are also skilled songwriters. We learned a lot from watching them at Vulkan Arena.

He continues: -Every single one of the a1-legends was super nice and supportive when we met them backstage, something that really made us feel comfortable and confident when walking on the stage as their support act!

I asked Eivind to share how the members of a1 inspire him and the other band members, Thomas Clausen Nerstad, Marie Valø, and Lars-Petter Bjørnstad.

Eivind about Mark Read: -The show must go on!
-Mark is a great singer, like the rest of the band, and also showed some great chops on the keys! At one of the concerts in Oslo 2019, Mark had some problems with his back and had to sit on stage while the rest of the band were dancing and moving around.
Of course, that was somewhat of a drawback, however, Mark was able to use the situation to his advantage; cracking jokes and being really cool about it. Pulling that of the way he did is truly something that we wish to able to learn from! As the saying goes, Shit happens, but the show must go on!
Eivind about Ben Adams: -A genius.
-Ben is a genius when it comes to communicating with the audience at concerts! He just owns them (in a good way)! We also admire his ability to communicate with the other musicians on stage, in particular when he did a great duet with Norwegian artist Ulrikke, live at the Norwegian TV show Allsang på Grensen in 2019. Being that comfortable and present in front of a huge crowd like that really takes, in lack of a better expression, big balls!
Eivind about Paul Marazzi: -A very nice and humble guy.
-Although a1 made some jokes about all of the members of the group being horrible dancers, we do not think that that is true when it comes to Paul! Paul has some serious swag when dancing!
-Of course, being a member of a1 means that you´re not only dancing, you´re also singing quite complex harmonies and challenging solo parts. We aspire to one day be able to do stuff like that ourselves one day, hopefully as effortlessly as the men of a1.
PS: There has been a rumor going around about Paul being cocky (something that a1 commented on during on of their concerts in Oslo, 2019). The rumor couldn´t be more wrong! Paul is not cocky at all! He is indeed a very nice and humble guy.
Related story: Album Review: Christian Ingebrigtsen – “Someone to Live For”.
Eivind about Christian Ingebrigtsen…
…wait, let us hear what Christian has to say about LYX:
-Great musicianship. 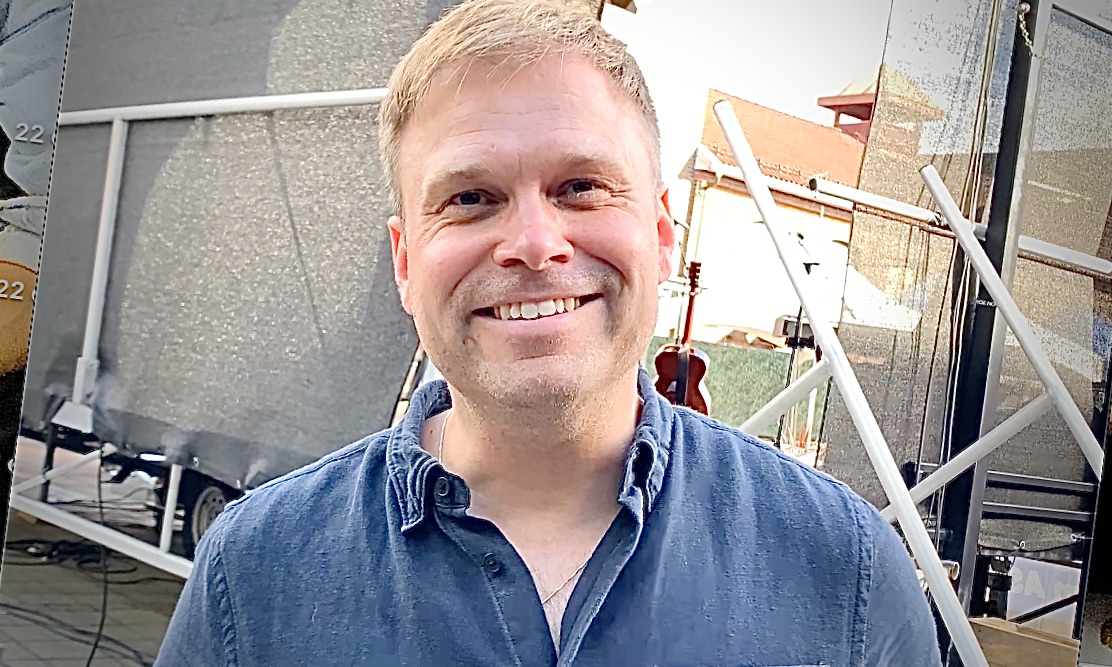 Singer, songwriter, and member of a1, Christian Ingebrigtsen, discovered LYX. Christian guided the four members through the recording process.

-They create catchy pop music and will continue to make music as soon as the corona situation is over, he told me earlier this summer.

LISTEN: Christian Ingebrigtsen: -I will help them on their journey.

After I talked with Christian, I told Eivind about the conversation and how strongly Christian believes in the band.

Eivind: -It’s great that Christian supports us, it means a lot! Christian is very good at spreading enthusiasm and positive energy. He is a pop star and a member of a1, but he’s very down to earth.

The first song from LYX is Feel The Rhythm.

Related story: WATCH: Christian Ingebrigtsen shares secrets about the upcoming album from a1.

Their second single song is a little “darker”. It’s about moving forward in your life, to start over. Still, it’s a funky song.

Check out the links below to learn more about LYX: