He can play, but he can’t hide. 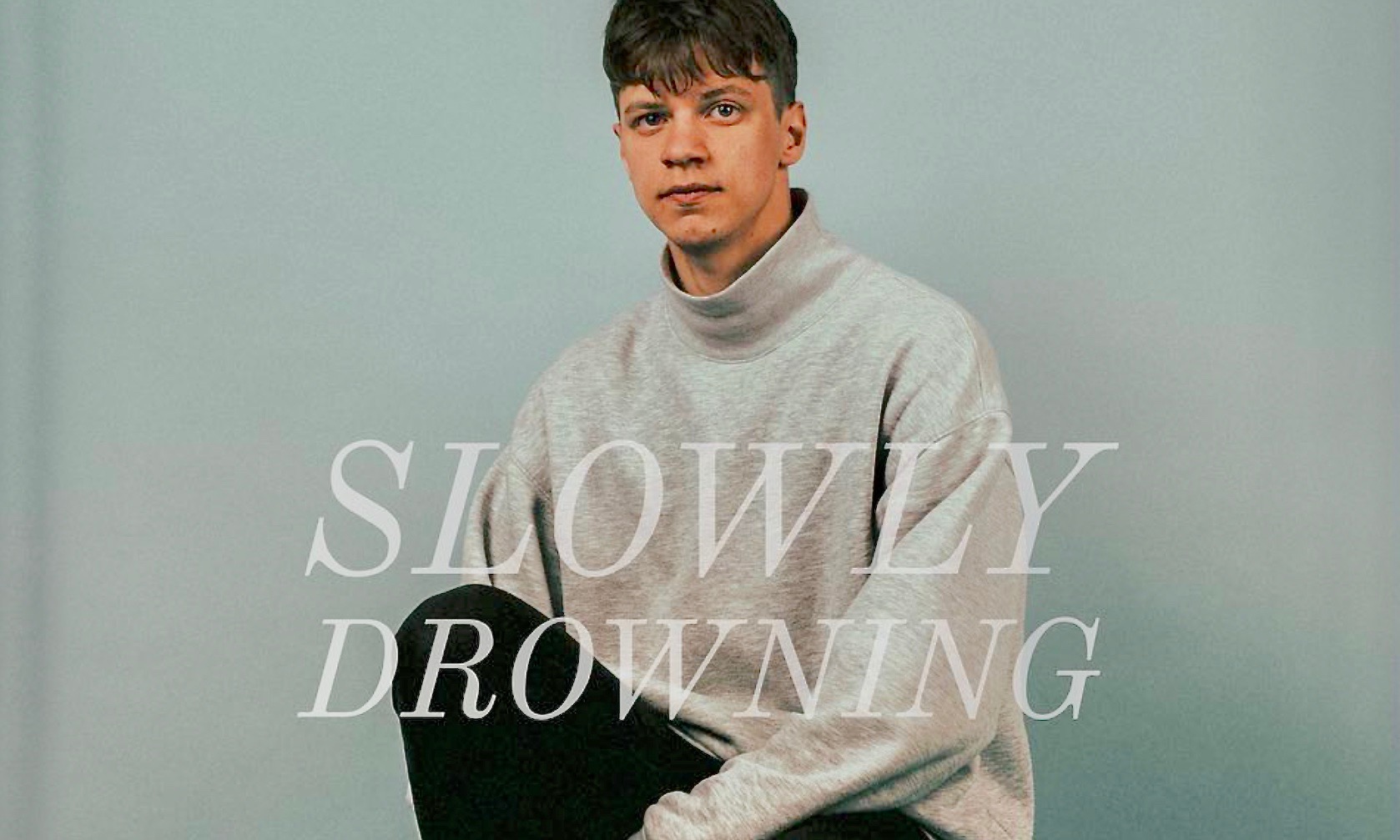 This is Kristian Grostad. He’s a Norwegian indie rocker who impressed me during a recent concert in Oslo. His level of rock music energy exceeded my expectations.

On stage, Kristian had a powerful presence. He looked and sounded like a highly experienced rock artist. Performing the way he did, he made sure his audience didn’t escape. They were literally glued to the stage from the moment he performed Slowly Drowning. When released, this song found its way into a number of playlists, including the New Music Friday playlist on Spotify in Norway, Sweden, and Iceland. Here it is:

Before attending his concert ar Parkteatret, I had my questions ready. I wanted to ask him about a song. It’s called Karoline. Who is she? A girlfriend? A love that got away? I didn’t have to wait for an answer. Before performing the song, he explained. Karoline is not a woman.

-I grew up with tree older sisters, he explained. -One of them introduced me as “Karoline” to several people in the neighbourhood. Who would have thought? Mystery solved.

I didn’t know who Kristian was before I discovered his video On The Run. In this lyric story, he’s walking around the streets of Oslo. We can’t see his face, but it doesn’t matter. Why not? Because we don’t have to see his music. Am I wrong? In any case, I loved the video instantly, it lifts me up. Here, you can see and listen On The Run.

After his concert, I met Kristian backstage. Meetings like this are interesting because I get to meet the person, not only the artist. After concerts, most musicians looks very similar to the ones who left the stage. At the same time, they appear slightly different because they are no longer performing in front of their audience. It’s like entering their private world.

This was also the case with Kristian. When I met him for a talk, I couldn’t believe how young he was. On stage, he had the energy one would expect from musicians older than him, or more specifically, artists with more experience.

–On the Run, I started, -what’s the deal? You walk around the streets of Oslo, but we can’t see your face. Why not?

-Because the video is about moving, travelling an being on the run, he answered.

-What do you prefer. Creating music in a studio or performing the music on a stage?

-Working in a studio is fun, he said. -Still, I love performing live. I love the enthusiasm coming from the audience.

Looking for enthusiasm?  This is Apple Trees And The Sound Of bees. To me, this song is a good example of Kristians special brand of indie rock.

Continuing my brief conversation with him, I asked: -What separates you from other artists in your genre?

-I belong to the indie rock genre and I have a touch of singer/songwriter, he answered. -I also think I’m very honest when I perform.

A long time ago, his sister called him Karoline. Talking to Kristian backstage at Parkteatret, this was hard to believe.

-You seem very comfortable being at the center of attention, I said.

He smiled at me and said: -That’s because I use my real name. I’m Kristin Grostad. I can’t hide.