-Falling in love can make us incredibly vulnerable.

-I make catchy pop music that embodies the Finnish melancholia.

The words belong to Emily Frost, a singer/songwriter, and producer from Helsinki, Finland.

-I write and produce all of my songs and I have pursued my artist project since 2016, she continues.

Emily is half-Finnish and half-British. After years of choir, piano lessons, playing the violin in the school orchestra, and rock bands, Emily decided to embark on an artist career and pursue her passions which are producing and songwriting without creative limitations.

On May 28th, she released a song called Weak. It is influenced by RnB music. Artists like Kali Uchis and Amy Winehouse and old soul Motown music were the main influences for the song.

-The song is about accepting your own weakness and how falling in love can make us incredibly vulnerable.

Emily’s music has been played on some of the biggest radio stations in Finland. She signed her first music publishing deal in 2020, and the same year she released 2020, an EP with four beautiful pop songs:

This is Bright New Future: 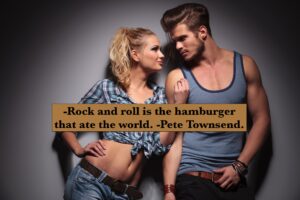